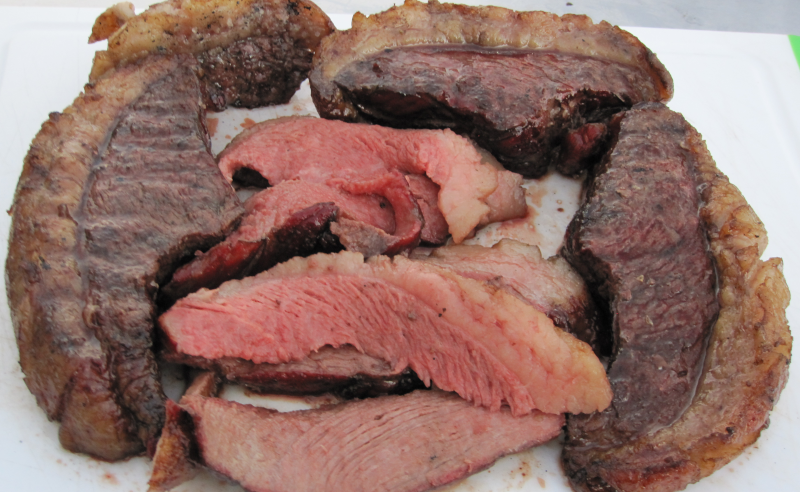 Have you tried grilled picanha aka sirloin cap? This is a cut of beef that is traditionally cooked in Brazil and is one of the top meats there. In the United States, it is sold as sirloin cap and sometimes you will see it labeled as picanha. This recipe takes the cooking method to another level by smoking the meat prior to grilling. Sticking to tradition, the only seasoning used in this recipe is BBQ salt during grilling time. This results in a flavor of delicious beef with earthy smoke fire and salt.

First score the fat cap with a knife but do not touch the meat underneath. Create a grid which allows the fat to escape and flavor the meat.


Next using the knife, on the meat side, mark the grain of the meat by making a slice in the grain direction. This will be useful when slicing so that slices will be against the grain for more tenderness.


Next place the meat on the smoker fat cap up (debate this in the comment section) with the smoker at 165 F using mesquite wood. Just to clarify, there was no seasoning or marinade used with the meat at this point.


Smoke the meat for 2 hours then pull it and slice it with the grain into 2 finger width chunks. Salt liberally one side of the meat with kosher salt or Brazilian BBQ salt.


Place the meat on a medium temperature grill salt side down (again, debate this in the comment section) for 5 minutes, then flip to the unsalted side. Finally flip to the fat cap side and allow it to burn in the flame. Stay near the grill at all times and do not close the lid during this cook phase.


When the meat reaches 130F pull it from the grill and allow it to rest for 5 minutes before slicing against the grain and enjoying. 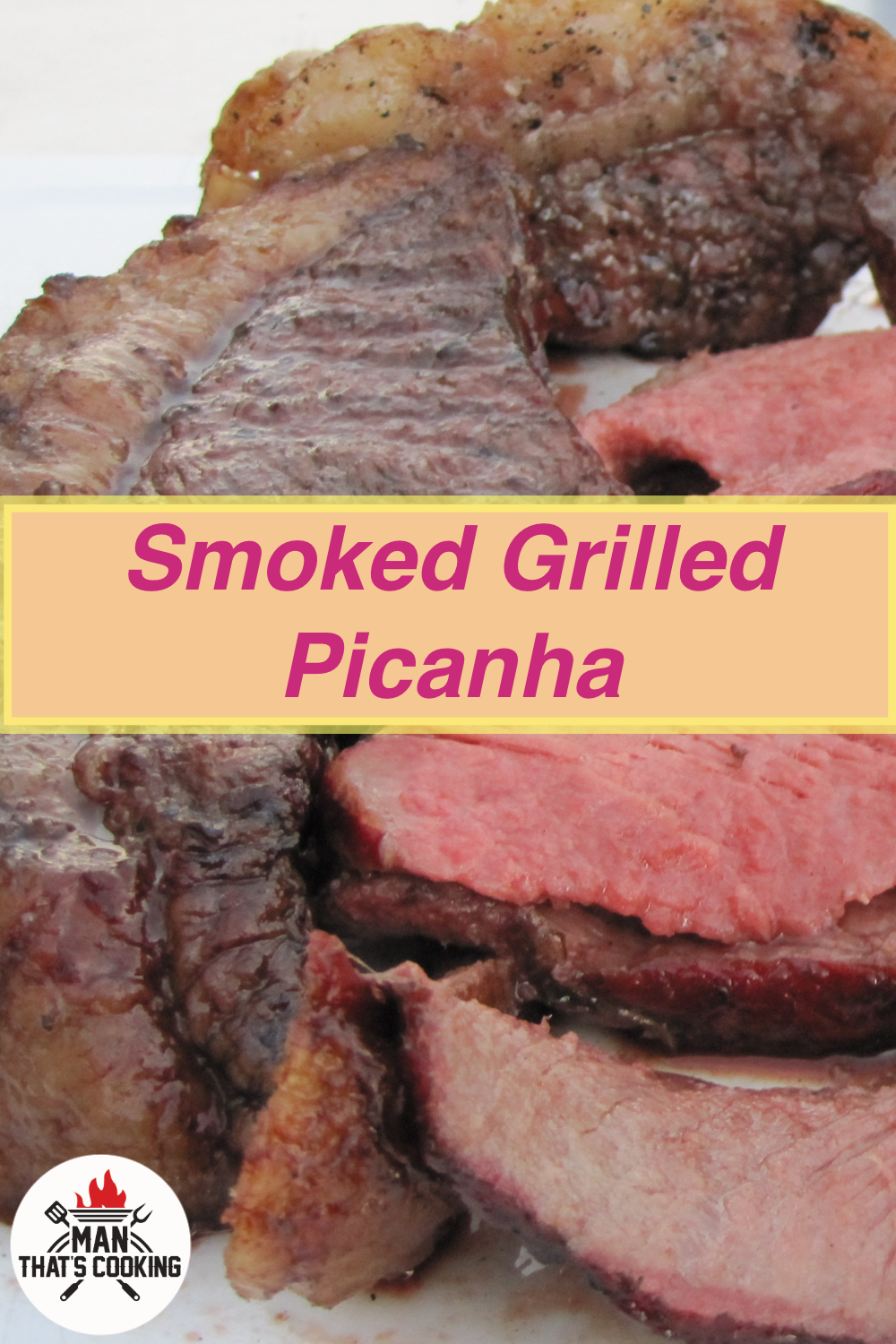