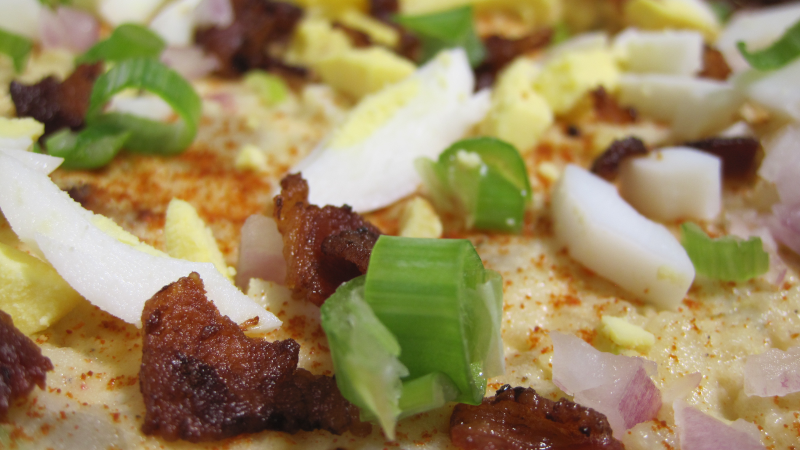 While cooking the potatoes, slice the bacon into bits, then fry the bits on a medium heat. When the bacon bits start foaming and turning brown, remove them with a slotted spoon and place them on a paper towel to absorb the grease.

While the bacon is cooking, chop the onions and celery and add them to a small mixing bowl. When chopping, try to mince with different size chunks. Make sure to set aside some of the green onion tips for a garnish on top. Next, add the relish, mayonnaise, mustard, and vinegar to the mixing bowl. Finally, add the seasonings and whisk everything together.

When the potatoes have cooled to room temperature, peel the potatoes using a paring knife. Lightly push the knife blade under the skin and drag the blade down the length of the potato pulling off the skin. Cut each potato in half lengthwise, then cut the halves in half lengthwise producing 4 lengthwise potato slices. Next cut the potato slices into chunks. Add potatoes to a large mixing bowl then pour in half of the dressing mixture. Add half of the bacon into the mixing bowl. Using an egg slicer tool, double slice 2 eggs and add them to the mixing bowl. Stir potatoes and dressing together then work in the remaining dressing into the mixture. Top the potato salad with the remaining bacon, eggs, and chopped green onion ends. Cover and refrigerate for 3 to 24 hours. 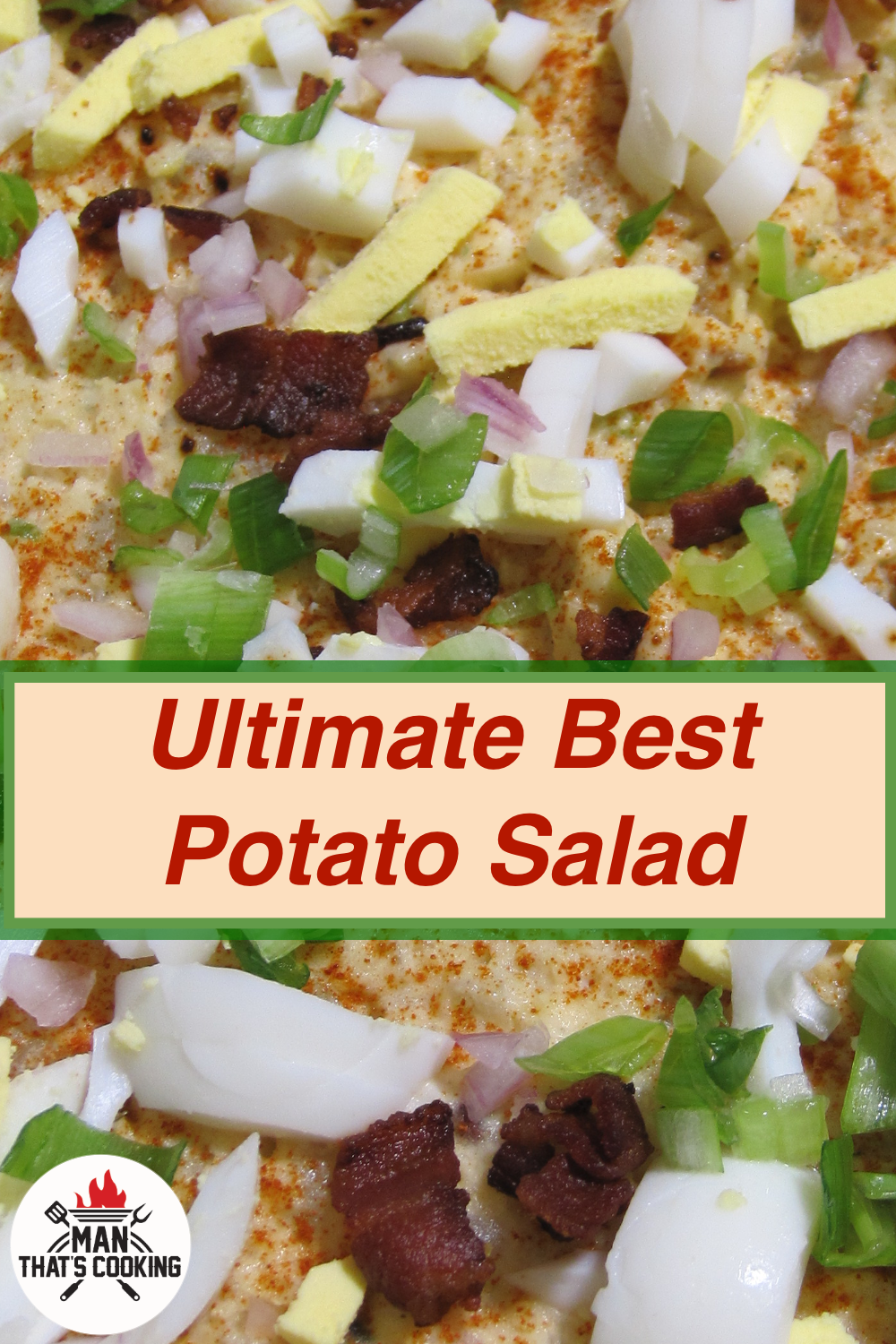